Anubis at the Baroque

With COVID setting in around the time of the release of Anubis' fifth studio album, "Homeless", plans to tour the album at home in Australia and abroad had to be put on hold. In order not to waste the time spent rehearsing the new material, Anubis have decided to showcase the entire "Homeless" album along with some favourites from the back catalogue for one special night at Katoomba's Baroque Room. The event will also be filmed in order to share the live performance with the rest of the world. Please note that due to COVID safety measures, there is an extremely limited number of tickets available for this performance. NSW govt restrictions require all attendees to be seated at tables - tables of 2 or 4 persons are available. We require the name of ALL attendees at each table. 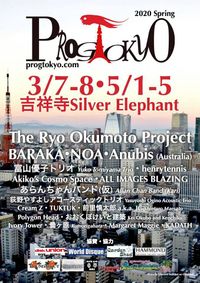 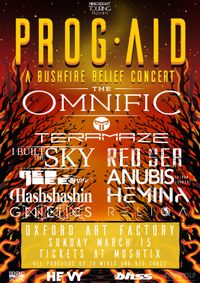 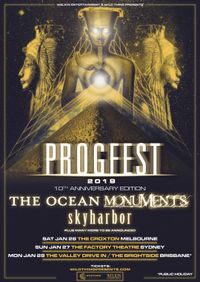 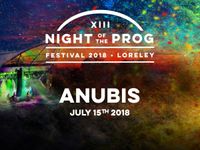 Night of the Prog Festival 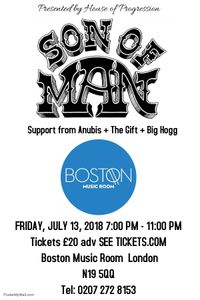 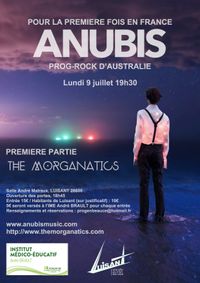 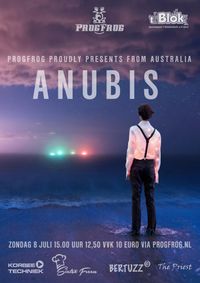 Featuring a full performance of "A Tower of Silence"

Featuring Copia, Anubis and others TBA 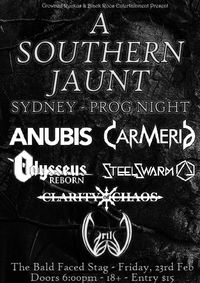 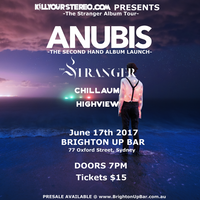 "This record, if I'm to be honest", says keyboard player David Eaton of Anubis' long awaited third album, "is the record we'd have made back in 2006, if we'd been good enough". And let's face it, he should really know. It's been ten long years since the idea to write a concept album about a
Awakening new chances, as the moonlight fades to sun...

"This record, if I'm to be honest", says keyboard player David Eaton of Anubis' long awaited third album, "is the record we'd have made back in 2006, if we'd been good enough". And let's face it, he should really know. It's been ten long years since the idea to write a concept album about a lost friend spurred him and vocalist Robert James Moulding into forming what would evolve into Anubis.

This third album, 'Hitchhiking to Byzantium' is the first Anubis album not to have a plot or narrative. It's more of a thematic work, based on modern life. "It's about growing older and trying to do better at things", says guitarist Dean Bennison, "and about the excuses we make for ourselves, all the crutches and braces that we find for ourselves along the way, and how good and bad they are for us". "It's perhaps a little more esoteric than the last two albums", say guitarist Douglas Skene, "although I think at core they all touch upon the same theme - which is what is and isn't important to people in their lives". "You do still get the sense that it's someone" says drummer Steven Eaton, "Someone who is on a journey. And the hope is that when they get there, they're happy with what they've found".

However, the journey to find Byzantium hasn't been easy. Nearly three years, and a new line-up later, the band find themselves under pressure to deliver a record that matches up to the expectations left by it's predecessors. "We've had a lot of motivation because there is so much to live up to" says Moulding, candidly. But that pressure has already yielded rewards. Most importantly, the addition of new bassist Anthony Stewart. "Anton's just fantastic" says Dave, "and although he didn't arrive in time to play on this record, he knew exactly what did need to be done and has done it brilliantly, really adding to our chemistry". "He's just a phenomenal player" says Robert Moulding, who did play the bass on Byzantium, "absolutely, definitely the standout when it came to looking to people to work with".

Whilst it doesn't have the narrative cinematic approach, Hitchhiking to Byzantium does have an emotional punch quite unlike anything before on an Anubis record. "Whilst we hid all our very real emotions behind conceits before - haunted workhouses and lost friends - this record is about the things that happen every day" says David. "I feel that there's more of us in there - the hurdles that life throws at us and the only way to feel true inner peace - by examining the love around you. It's certainly an introspective record - but it's real life. It's about you, it's about me, it's about all of us. Hitchhiking to Byzantium. That journey is life."

Hitchhiking to Byzantium is out on Bird's Robe Records, 30th May 2014.